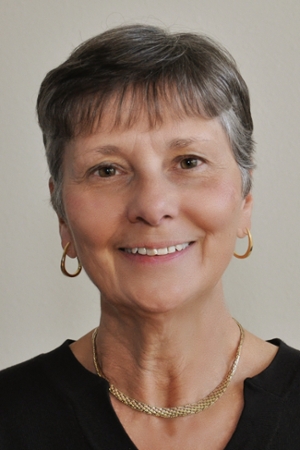 Emig-Hill achieved a bachelor’s in mass communications and journalism in 1972 and a master’s in business administration in ‘77. She will appear at the ceremonies scheduled for 6:30 p.m. Friday, May 6 and 8:30 a.m. Saturday, May 7.

“I was surprised and overwhelmed to learn I had received the Distinguished Service Award,” Emig-Hill said. “I’ve remained involved with SIUE, because I realized what a great education I got here, and I needed to give back.”

Emig-Hill said she came to SIUE for the great value and stayed for the quality education. “My parents couldn’t afford to send me away to college,” she said. “SIUE presented an excellent opportunity for a college education, because it was close. But once I got here, I liked everything about the school, got involved and decided to stay.”

While working on her undergraduate degree, Emig-Hill worked at theAlestle, where she held many positions from reporter to editor. She also met her husband at the campus newspaper. Bob Emig was the sports editor at the time.

After graduating from SIUE, Emig-Hill began her career in business communications with Ralston Purina. Later, she went to Anheuser-Busch, where she worked for 30 years and retired as director of human resources shared services.

Throughout her career, Emig-Hill has been actively involved with her alma mater. She has returned to campus numerous times to speak to students and fill communications openings at her companies with SIUE graduates.

In the late 1990s, Emig-Hill joined the SIUE Department of Mass Communications Alumni Advisory Board. During her tenure, she set up an endowment in the name of her late husband, Robert Emig, who was a 1971 SIUE mass communications alumnus. The annual scholarship is to support worthy mass communications students.

In 2006, Emig-Hill joined the School of Business Advisory Board and continues to serve as a member of that group.

Emig-Hill also serves the community as chairman of the board of the Bob Emig Foundation. Her oldest son, Aaron, started the foundation in 2004 to continue his father’s work of helping youth develop well-rounded lives by providing a healthy sports experience.

“The mission of the Bob Emig Foundation is to promote the well-being of youth through sports,” said Emig-Hill, an East St. Louis native. “One way we strive to do this is by providing opportunities for youth to experience the benefits of healthy sports activities.”

The foundation annually supports more than 20 youth sports organizations in various ways. Emig-Hill cited examples such as providing uniforms and equipment for several St. Louis inner-city schools, and assisting with developing a soccer program at the Jackie Joyner-Kersee Center in East St. Louis.

In 2013, Emig-Hill was elected to the SIUE Foundation Board, where she is the chair of the major gifts committee.

Southern Illinois University Edwardsville provides students with a high quality, affordable education that prepares them for successful careers and lives of purpose. Built on the foundation of a broad-based liberal education, and enhanced by hands-on research and real-world experiences, the academic preparation SIUE students receive equips them to thrive in the global marketplace and make our communities better places to live. Situated on 2,660 acres of beautiful woodland atop the bluffs overlooking the natural beauty of the Mississippi River’s rich bottomland and only a short drive from downtown St. Louis, the SIUE campus is home to a diverse student body of more than 14,000.