Otaku is a Japanese term for people with obsessive interests, commonly the anime and manga fandom.

Professor Lewis is a historian of modern Japan with research interests in the intersections of social, cultural, and scientific history.

Japanese comics and cartoons, with their bold art and complex plots, have captured the hearts and imaginations of a worldwide audience.

Manga is the Japanese term for comics. The word was first used in 1798 to describe the picture book Shiji no yukikai. The term showed up again in 1814 as the title of Aikawa Minwa’s Manga Hyakujo and Hokusai Manga, books that contained drawings by the artist Hokusai. 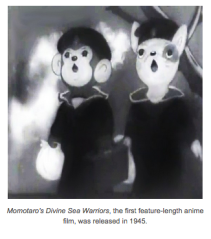 Modern manga developed amid an explosion of artistic creativity during the U.S. occupation of Japan, from 1945–1952. During the occupation, U.S. troops introduced American comics and cartoons, such as Mickey Mouse, Betty Boop, and Bambi to Japan, inspiring Japanese artists to develop their own style of comics. Japanese cartoonist, Osamu Tezuka, known as the God of Manga and Godfather of Anime, invented the distinctive large eyes prominent in both manga and anime. His manga series, Astro Boy, went on to become the first Japanese television series to embody the aesthetic that became known worldwide as anime. The series was first broadcast in Japan in 1963.    – Manga & Anime: The Japanese Invasion

Professor Lewis is presently researching a study of nineteenth and twentieth century Japanese pioneers in introducing humane therapies for treating mental illness. The study examines the movement to decriminalize illness and introduce new therapies, including psychoanalysis. He has recently completed research on this project at Tokyo’s Waseda and Keio Universities.